Wang Tian Hao is the desciple of Jin Gang Martialschool.

Arrogant and very confident in himself he always search to fight someone and mock his defeated ennemies for being too weak. He entered the kai yuan martial arts school and later entered the military during the barbarians invasion. He fought with Shi Mu 3 times and always lost but thought he could surpass him later.

He entered the Xian Tian realm becoming one of the youngest national guardians and was viewed as a hero in feng city, then married Shi Yu Huan.

When Shi Mu showed up at the ceremony, he thought of challenging him but when he released his earth rank aura, Wang Tian Hao lost all hope and arrogance in his past achievements and surpassing Shi Mu. 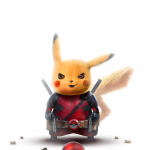